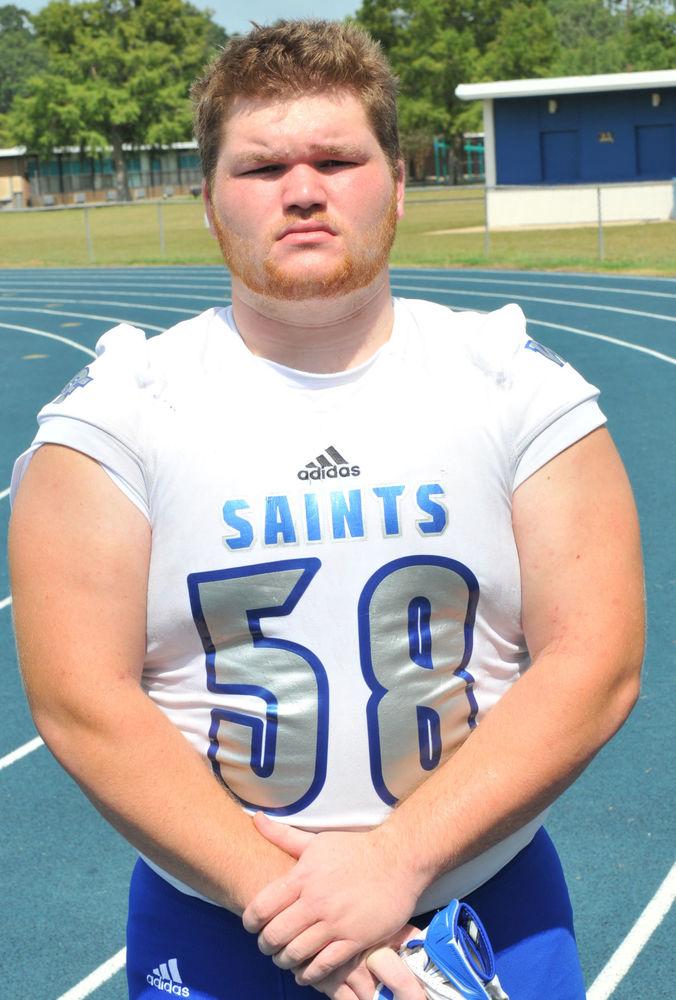 Silliman Wildcat wide receiver Ben LeJeune also suited up and played for the Patriots in the bowl. LeJeune and Silliman teammate Brooks Kelly played in the MAIS All Star game on Nov. 30 in Jackson, Mississippi.

Football players from teams in the Felicianas have a history of taking home individual awards at the Red Stick game, which is impressive considering the teams are compiled of players from 1A, 2A, 3A, 4A, and 5A. The 2017 game saw East Feliciana’s Cedric Anderson named the best defensive back for his team and Maleek Chriss, of East Feliciana, win a Drew Brees Foundation $500 education scholarship.

In 2016, Wardell Coleman, of East Feliciana, was named his team’s best defensive lineman. East Feliciana receiver Tekemian Ceaser was named to the Red Stick Bowl All-Decade team based on his performance in 2010 that set a receiving record with 5 receptions for 127 yards and 2 touchdowns.

The 2018 version of the game saw the Patriots team that included Goss, Minor, LeJeune, and coach Devyn Baker defeat the Eagles 15-14. Damiquin Minor was awarded one of the Drew Brees Foundation $500 education scholarships.

The start of the winter sports season for basketball and soccer has not been particularly kind to most of the teams in the Felicianas. At the time of writing the East Feliciana Tigers girls were still searching for their first victory of the 2018-2019 season and East Feliciana boys were working through a 3-7 early season start.

On the other side of Thompson Creek, things are slightly better with the Saints boys opening with a win over East Feliciana and a 2-4 record so far in the young basketball season.

The Lady Saints basketball team sports a 10-6 record as the winter break nears and was riding a four-game winning streak at the time of writing.

The West Feliciana Saints boys soccer team goes into the Christmas break with a 3-3-1 record and the Lady Saints enter the break with a 3-4-1 record.